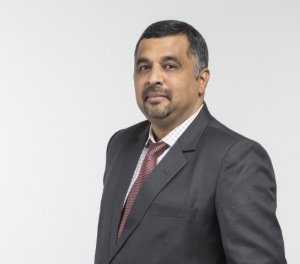 Water and water resources are amongst the primary natural resources available in Georgia. The hydro-energy potential of Georgia (rivers, lakes, water reservoirs, ices, underground waters) is one of the most significant resources available in the world. Considering the peculiarities of Georgian rivers, which are characterized by distinct seasonality, these resources can be harnessed and developed only by building hydropower stations with regulating water reservoirs in the short and long-term perspectives.

In 2013, the Government of Georgia issued a construction permit for Shuakhevi HPP. The Shuakhevi project is a part of the Georgian Strategy to develop its hydropower potential. The Project involves the construction and operation of a 187 MW hydropower scheme, consisting of two HPPs: the 178 MW Shuakhevi HPP and 9 MW Skhalta HPP with respective dams and reservoirs on the Adjaristsqali and Skhalta Rivers and one weir on the Chirukhistskali River.

AGL and the Shuakhevi HPP are co-owned by Norway’s Clean Energy Invest, India’s Tata Power, and the International Finance Corporation (IFC), a member of the World Bank Group. The Shuakhevi HPP is the only project in Georgia’s energy sector funded together by the European Bank for Reconstruction and Development, the Asian Development Bank, and the IFC.

How the Shuakhevi HPP construction was conducted, whether it met international standards in safety, environmental and social issues and when the HPP would start operating in full capacity? 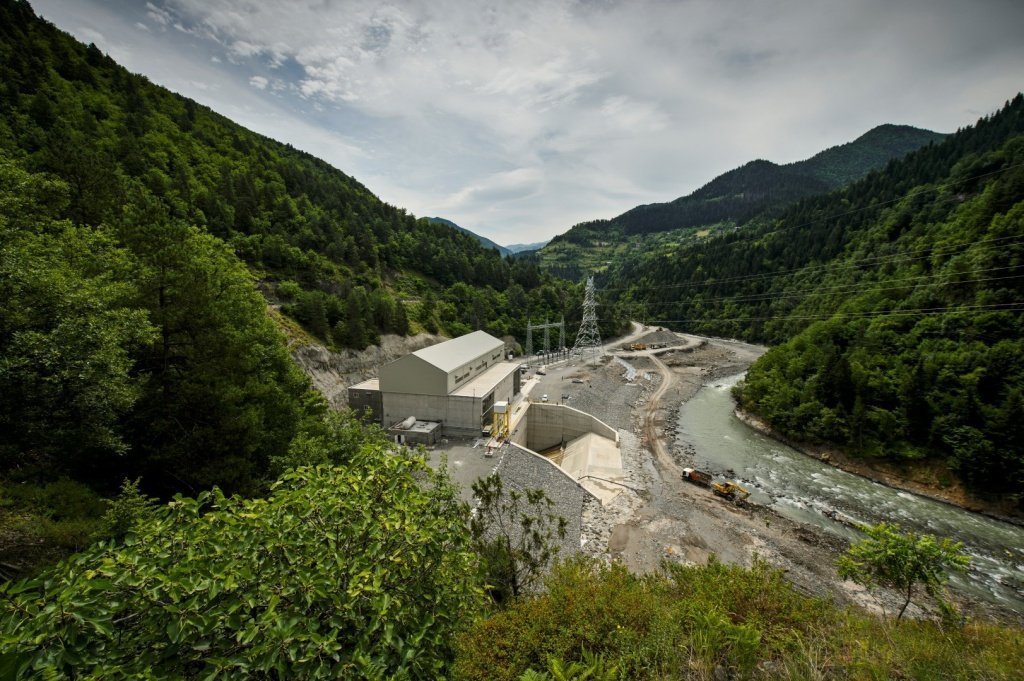 Mr. Prashant Joshi began his career in renewable energy at the 72 MW Khopoli HPP plant, where he spent ten years managing plant operations and maintenance. During the course of his long career spanning more than 25 years with Tata Power, Mr. Joshi has successfully managed assignments in a variety of functions including automation projects, Corporate Office, Regulatory Affairs and Business Development (Domestic & International). Prior to joining AGL as the new CEO,  he was the Chief Operating Officer of Cennergi (Pty) Ltd., a South Africa-based wind power operator equally co-owned by Tata Power and Exxaro Resources of South Africa.

–          “The Shuakhevi project is one of the first hydro projects in Georgia that have been developed in line with International Financial Institution (as project was funded by three major IFIs, EBRD, IFC and ADB) requirements in the field of environment, social, health & Safety.

During the construction of the hydro station, it was necessary to achieve a shared vision of basic values and sustainable development principles in order to be able to balance, economic, environmental, social and security interest. Our company has been endeavoring to achieve the same in accordance with international best practice, CSR philosophy and values of the parent organization (Tata Power and CEI) and needs of the residents of Adjara region.

AGL is committed to protecting the environment in the project area both during construction and operations. Under its CSR program, it has funded a big initiative for developing the Goderzi Alpine Botanical Garden project. The Project is required to comply with Governmental ESIA as well as IFC, EBRD & ADB’s ESIA regime. Lenders ESIA requirements are broader than local requirements. AGL has engaged international experts, like ERM & ARUP, to assist the Company in implementing mitigation measures that are in line with or better than international standards. In addition, necessary guidance and advice is sought from Tata Power E&S experts to develop efficient solutions.

Professionals from more than 15 countries have worked on this project – a truly multinational, multicultural and multilingual team. Construction has reached the final stage due to the tireless work of our international team of Engineers from UK, Georgia, Germany, India, Turkey, Austria, Spain, Brazil, Czech Republic and our local Georgian employees. The entire team deserves credit for this achievement. Our team is doing its best to ensure that the Shuakhevi HPP is a safe and sustainable project, not only from technical standpoint, but also in terms of making a positive social and environmental impact.

The Project as a whole employed around 1450 people across AGE – the civil works contractor (1225 employees), MML – the owner’s engineer (35 employees), GE (earlier Alstom) – the electromechanical contractor (25 employees) and others on fixed term contracts. There were, in total, 730 Georgians employed by the project. AGL’s philosophy is to promote local capabilities and envisages 80-90% local Georgian content in Operations phase.

AGL’s social projects focus on three areas: education, community empowerment and Infrastructure projects. In this endeavor, AGL’s team have delivered a variety of social projects including student sponsorships, internships for capability building, Infrastructure projects like village roads and drinking water projects, support for building schools, enabling locals to start their own businesses by providing training and support in developing credible business plans. These have been customized keeping in view of the resources available in Adjara region.

AGL is committed to funding social projects and by 2017 has invested a total of 8 million GEL to encourage the long-term development in the Adjara region.

The company also partnered the local authorities in development numerous infrastructural programs such as water rehabilitation projects, drainage. AGL also initiated scholarships and internship programs, which were well appreciated. Two interns have been absorbed as AGL employees for the O&M phase.”

What was a reason of accident in the tunnel in 2017 and how AGL was responded into this challenge? What kind of investigations was provided by company side and what additional safety efforts would be  inculcated for the operational phase?

-“All Hydro power projects always carry an inherent development risk due to complex geologies that may vary widely. Unfortunately, for the Shuakhevi project, this risk materialised immediately after commencement of Operations. The Shuakhevi HPP initially began commercial operation in 2017, but shortly after, structural failure was experienced in approximately 300 mtrs of the nearly 38 km of water diversion tunnels. It may be noted that the failure area is less than 1% of the total tunnel length, but nevertheless, it forced the project to postpone further operations until the damage had been repaired and additional testing and safety measures were put in place. According to the designer’s conclusions subsequent to investigations, the damage was on account of the reaction of the water on the surrounding geology resulting in an excessive overloading on the support structures.

The geology in this place is quite multilateral and AGL did all necessary investigations and studies but no anomalies were identified.  There are many instances of similar occurrences in many projects around the world.  And, we can cite examples from other countries, because the Shuakhevi HPP is certainly not an exception; many similar cases have occurred in other projects. In addition, the tunnel itself is quite unique – it is 37 km long. Construction of the tunnel started in 2014 and ended in 2016.

Despite this setback, the Company made huge efforts into all directions: Re-organised the team especially after attrition of key resources for moving forward,  established access for carrying out inspection by de-watering the tunnels, ensured inspection while ensuring ‘Safety first’ principles. Evolved investigation strategy for establishing root cause; and collected required huge data. Developed a comprehensive roadmap for salvaging the project despite a huge question mark over the technical and financial viability of the project and avoid defaults towards lenders. The Company has solved and overcome many arising issues consistent with the strong reputation and values of each of the sponsors.

Adjaristsqali Georgia LLC (AGL), the project’s parent company, launched a comprehensive investigation and testing program. The geological characteristics of the tunnels was revalidated in detail based on thorough geological testing of over 1,000 samples. Based on this research, AGL created a comprehensive “Phase 2” rock support strategy. Experts from around the world were involved in reviewing the methodology. AGL engaged the expertise of 3G Austria and Professor Luiz DeMelloof the University of São Paulo. The project’s engineering contractor Mott MacDonald enlisted Germany’s Zeidler Associates to assist in investigation and design. The Lahmeyer Group(now Tractebel) in their capacity as the Lender’s Engineer provided further oversight of the investigations and the design of additional rock supports.

Despite all the challenges including technical and financial challenges, the project progresses towards commercial operations.”

As was announced, Shuakhevi HPP will very soon start operation in testing regime and subsequently commercial operation. Is  AGL is going to sell produced electricity into Georgian Market? As you know electricity consumption is growth every year, and neighborhood export market is already filled.

_”Our project is one of Georgia’s most important energy developments and we are monitoring Georgian electricity market situation wherein  now import of electricity is much higher than the export as domestic generation cannot cover entire demand even in summer period. Shuakhevi HPP will increase domestic electricity production and decrease the country’s reliance on imported energy.

_You are representative of largest Company of India Tata. When Tata entered into energy sector of Georgia, was some kind of expectation that Tata, as the largest power company with big experience in renewables will express interest to the other renewable- hydro projects in Georgia.

What are Tata’s plans for Georgia?

-“Tata Group is  one of the biggest and most respected Industry groups  in the world and has made huge investments in energy system of different countries. Shuakhevi HPP is the first investments made by Tata in Georgia, as you will see profile of Tata Power; we are investing into renewable and solar energy. Georgia has unique possibilities in renewables and as well doing business is not so difficult, despite problems of opposition to hydro.”

Tata was founded in 1868 and Tata group is a global enterprise, headquartered in India, comprising 30 companies across ten verticals. The group operates in more than 100 countries across six continents, with a mission ‘To improve the quality of life of the communities we serve globally, through long-term stakeholder value creation based on Leadership with Trust’. In 2017-18, the revenue of Tata companies, taken together, was $110.7 billion. These companies collectively employ over 700,000 people. 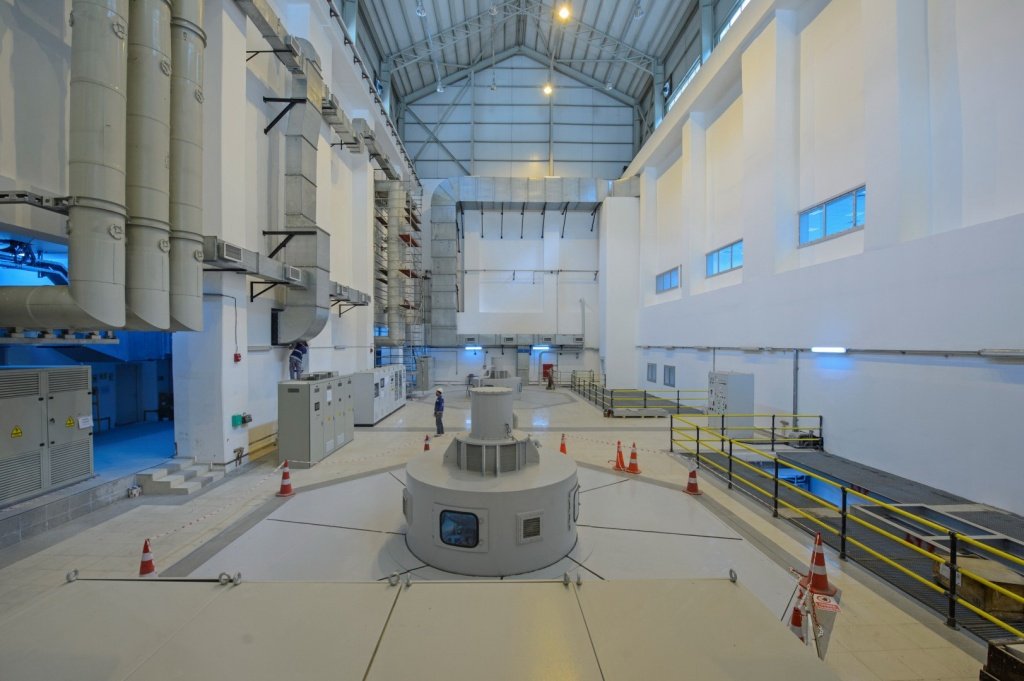 Shuaskevi HPP is the largest station to have been constructed in Georgia in the last 50 years.

“Shuakhevi HPP” cascade project was one of the largest direct foreign investments in energy sector of Georgia, which helped to increase the socio-economic level of local population in the region, develop regional infrastructure and increase budget revenues. The monetary benefit from the project to Georgia is approximately GEL 34 million by way of revenue generated from Income Tax on employed individuals, Property Tax, Corporate Income Tax and VAT.

The initial investment value of the “Shuakhevi HPP” project amounted to 510 million US dollars, with a total capacity of over 600 million installed, with an installed capacity of 187 megawatts a year – 450 gigawatts hours per year to reduce greenhouse gases by more than 200,000 tonnes per year. “Shuakhevi HPP” is a certified station for the reduction of carbon emissions from the UN Framework Convention on Climate Change.