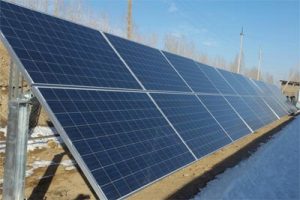 Tashkent, Uzbekistan (UzDaily.com) — Uzbekistan plans to build about 25 solar power plants by 2030. This was stated by Deputy Minister of Energy of Uzbekistan Sherzod Hadjaev.

In an interview with the program “Tahlilnom” Hadjaev noted that the country intends to build about 25 solar stations in the next 10 years.

According to him, the first solar power plant with a capacity of 100 MW will be commissioned in Navoi region. He noted that the construction work of the power plant will begin this year. The station is expected to be operational within two years.